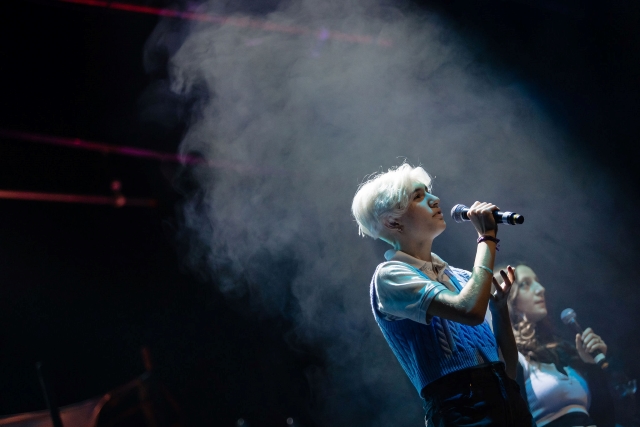 This year, money raised was directed towards a handful of initiatives, including improving mental health resources at the Children’s through the funding of a social worker specializing in mental health for the Emergency Department. Last year’s virtual event raised over $43,000 for the cause.

“It is one of my favorite things,” said August Di Liello, a Secondary V student and Voices veteran. “It is so exciting. I love performing.”

For fellow teammate Charlotte Renaud, the JFK Voices event this year marked her first time performing in front of a large audience.

“It was an experience for me,” said Charlotte, a Secondary IV student. “I was very nervous. At first, I wasn’t sure how I was going to perform. I was unsure of everything, but once I got on stage and started singing, I right away got so much more comfortable.”

The competition, whose theme this year was “Songs of Hope,” featured 48 students across seven Montreal-area schools competing for the title of best solo, duo, and group performance. The student singers were judged by a renowned panel of music industry professionals, including The Beat 92.5 FM’s Mark Bergman and Catherine Verdon-Diamond, and Jason Rockman of CHOM 97.7 FM. Prizes were awarded to the musical winners as well as to the top fundraisers.

VMC’s Clef Notes, the English Montreal School Board’s (EMSB) lone representative at the event, rehearsed for their moment in the spotlight for over two months, under the supervision of their teacher Alessandra Martoccia. 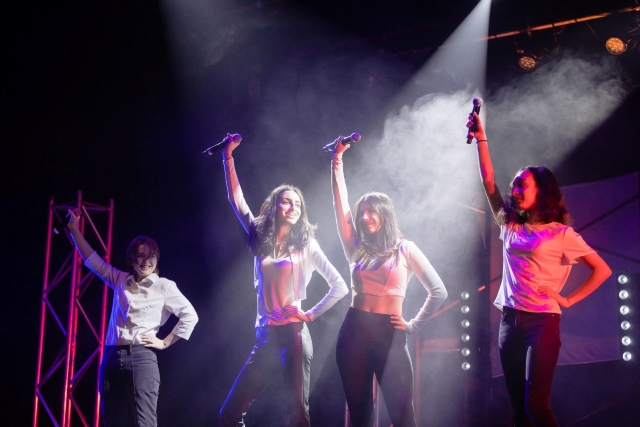 “The songs resonated with hope in many ways,” said August. “One is about freedom and the other is about being found in dark times.”

While VMC did not place in the competition this year, there was a bigger message to take away from the overall experience.

“We constantly emphasize to our students the importance of supporting charitable endeavors such as the Just for Kids Foundation Voices fundraising concert,” said Ms. Martoccia. “Most of our students are fortunate not to ever require the services of the Montreal Children’s Hospital. Nevertheless, it is critical to support those students that do.”

About the Just For Kids Foundation

Just For Kids raises funds to purchase high-priority medical equipment, and to support initiatives that improve the quality of care for patients of the Montreal Children’s Hospital. Over the last 25 years, JFK has purchased over $12 million worth of equipment, touching almost every department at the Hospital. More than 250,000 children and 1,500 healthcare professionals have benefited from the funds raised over the last quarter-century.